FusilierDan and I played another game in our Age of the Wolf campaign.   My second, his first battle.
We rolled the Clash of Warlords scenario.   Objective:  kill the enemy warlord.   Simple enough.  Let's get to it! 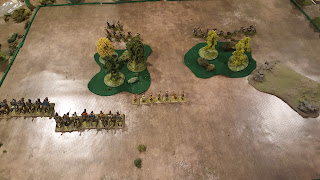 Dan wisely picked 2 woods (cover from crossbows and breaks up horse charges).  I picked a hill, for no good reason,  as it later blocked my xbows line of sight. 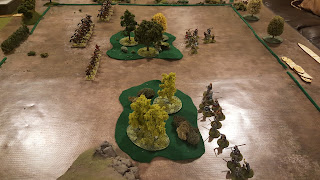 Deployment at the start.  My Normans on the left,  Dan's vikings on the right. 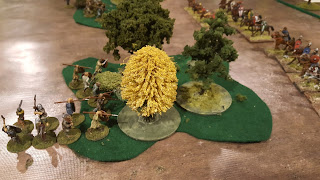 Turn 1.  Vikings move up into woods. 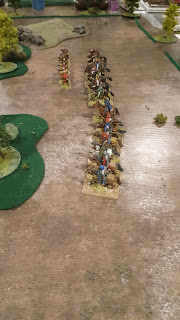 Normans do the electric slide to the right flank. 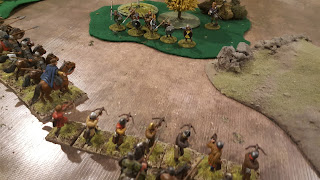 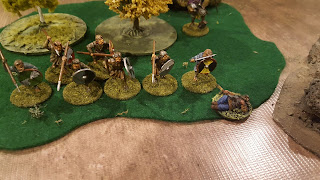 The viking abilities really blunted the shooting.  In all just 1 viking warrior is killed. 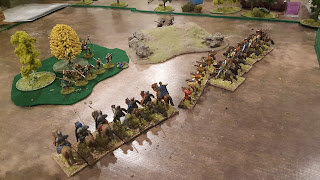 Norman warlord and hearthguard charge in at the viking warriors. They kil a few, sending them packing back into the woods.  The Normans activate again, going after the viking Warlord. 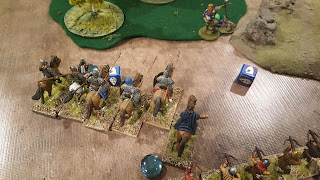 The viking warlord kills 1 Norman knight (sending them back 4") and my warlord does not get any hits so he bounces back as well. 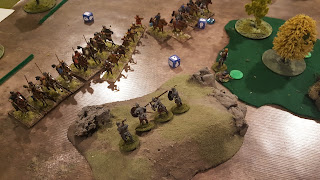 Turn 5.  Dan rests up his warlord and tries to bring his hearthguard up to support his warlord. 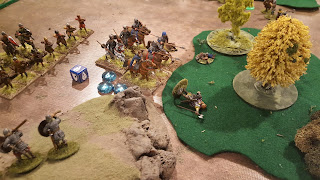 I finally roll 2 flags on the saga dice and can activate my best ability (die axie?).  In the warlord and knights go again.  This time a net 5 hits on the warlord vs 1 in return.  The viking warlord only saves 1, thus goes down swinging. 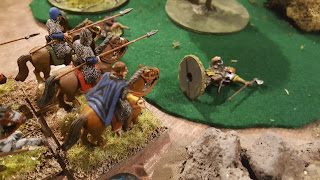 Rolling on the post battle chart gives a result of Dead!  Valhalla awaits Halvar Skullsplitter.  Rogbert the Handsome finally tastes a point of victory after losing his baggage train to the Anglo-Danes last game.
at March 22, 2017 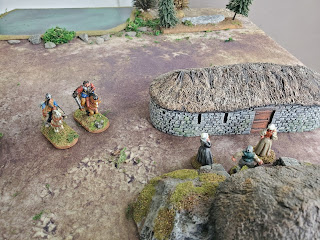